Highlights of upcoming meetings include Michael Musgrave on Australia, on 17 April, Mel Doyle on King George V in Canada on 15 May, and our ever-popular summer auction on 3 July.

Our first meeting of the year, from Chris Harmon, was an interesting and informative display of British Postal History from 1936 onwards. In the first display he showed mixed reign frankings that included George IV with George V, also George VI with QEII, followed by single value franking examples. The display continued with postal stationery with some very rare examples along with unknown addresses, illustrated covers, registered covers, recorded deliveries, regional issues and perfins. The second half of the display concentrated on correct use of GB commemoratives; here again Chris gave a very clear talk on the uses of the commemorative stamps. He started by showing a very rare label housing three silver wedding stamps cancelled with the correct usage rates. The display continued with George VI, censorship marks, postage refunded, and express delivery and finally high value airmail rates.
Harman noted that although some of the material was rare or difficult to find, much was also quite easy and cheap to purchase but did involve a little searching though dealers’ bargain boxes.
Our 6 February auction raised £244 for the club, the bulk of which, £220, came from the sale of material donated by the widow of late member Alan White.

Morocco’s northern coast on the Mediteranean strongly influenced its postal system, explained Barry Cook in his 20 February presentation of British overseas post offices there. The last to close, in Tangiers, was in 1956, after 100 years of operation. The city was gifted to Britain in the 1661 marriage of Charles II to Catherine of Braganza. Morocco was an important trading partner to Britain in the 19th century, and of strategic importance during the 20th century land grab of colonial powers in Africa. The first Tangiers post office was a receiving office for Gibraltar. Ordinary British stamps were used until 1886, after which overprinted Gibraltar stamps were used until 1907, when authority for the post office passed to London.  There was also a French zone, from which another BPO operated, and a Spanish zone, from which another operated. Cook showed an unusual cover dating from the time of the Spanish civil war to Berlin from the BPO there, posted with a Reichsmark stamp.

Three excellent speakers from Deal PS in early March remind us that philately is still in fine form. First, Bob Harman showed the philately of Ascension Island, essentially a military garrison since the time of Napoleon’s exile on St Helena, which, in those parts, is considered nearby. The first civilian stamps were issued in 1922 – previous post had gone through military channels. Second, Ron Ogilvy showed Indian native states, stamps which he says are sadly neglected by collectors, as they tend to think them ‘so ugly’. These stamps, typically for use within the region rather than nationally or internationally, are in fact: badly printed, poor quality, drab, written in a foreign language, of uncertain provenance, on bad paper, poorly catalogued, and of irregular supply. Despite all of these issues, or maybe because of them, this reporter found them charming and quite fascinating. Finally, Deal secretary Alan Buckman presented a variety of intriguing thematic material, including Australia and jewellery, which he admits is quite a difficult topic for a stamp collection. 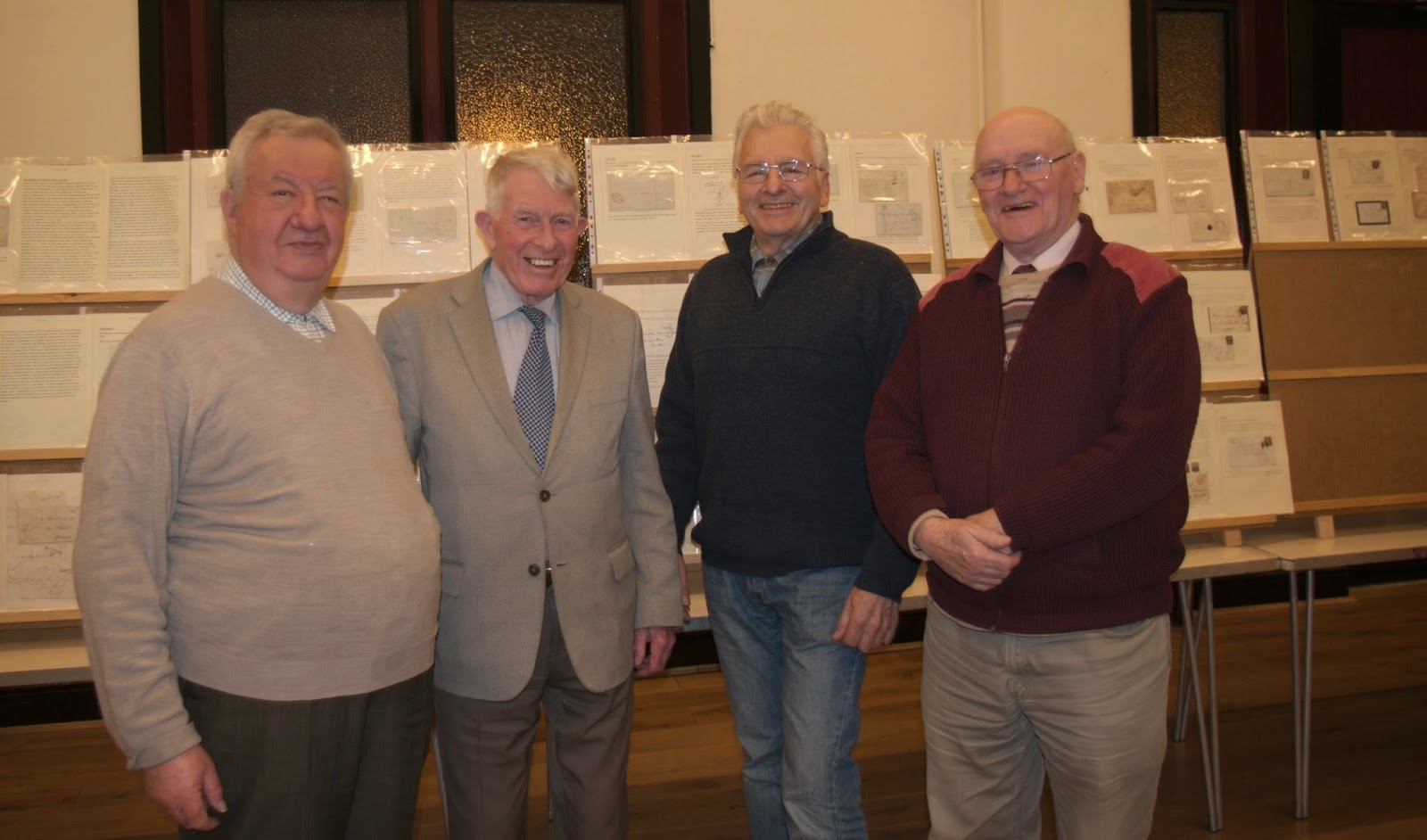 In March, four club members stepped in to fill the shoes of a collector who is no longer able to get out to do presentations. Bexley president Graham Brown showed his mint collection of GB Philatelic Congress. Its first meeting was in 1909, in Manchester’s Hume Hall, from which he showed a commemorative card. The bulk of the display was complete miniature sheets published to commemorate the travelling meetings, which picked up local themes.

Competition secretary John Corderoy displayed early Israel, including the so-called ‘Doar Ivri’ series from 16 May 1948, before the country’s formal name had been established (it means ‘Hebrew post’ in Hebrew). He explained that the familiar tags attached to the stamps by a perforation were explanatory notes about the ancient coins typically shown on early issues; the coins date from Roman times in the region of Judea, now Israel.

Committee member and former president Ray Jeal showed covers and ephemera of pre-stamp local postal history, of particular significance because nearby Dartford was the first stop from London on the most important postal route, to Dover and the continent.

Packet secretary Don Brookfield showed a collection of GB (KGVI) variations, complete with beautifully detailed painted illustrations. For example, the 6d Olympic Games stamp of 1948 includes the initials HLP in the jubilee lines, one each beneath three successive stamps; these were the initials of engraver HL Palmer.